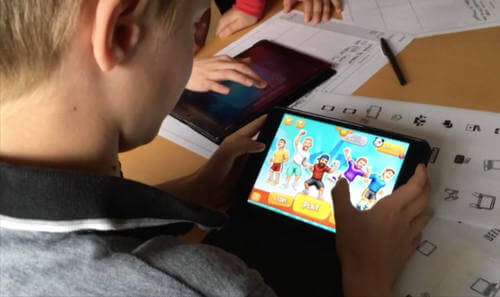 “You two look like Ant and Dec.” A small finger prods at me through the air. “You… are Ant.”Knocked off balance I look to my colleague for reassurance, only to be greeted with a nervous smile. Deep breath. Smile. Don’t take the bait. I move my focus to his best friend whose eyes are darting around the room, looking at everything but the paper prototype on the table in front of him.

“Adventure time!” he barks at random and energetically jumps to his feet. A loud thunk emits from his shoes as they hit the floor. With a squeaky grinding of metal on plastic wheel, he effortlessly glides across the room in the opposite direction.

Conducting user research with kids can be trying at the best of times. I feel pretty confident running sessions with grown ups, so thankfully my recent experience with 6–9 year olds hasn’t scarred me too deeply. It can be tiresome and inspiring in equal measures but requires lots of energy to get through a day’s worth of interviews.

We were looking to design a new content proposition aimed at a younger audience. To begin we wanted to understand their digital habits: including what kinds of apps, websites or services hold their attention most. From there we were researching more nuanced things like what are the right combinations of features, functionality and navigational patterns that would make our designs something kids would want to keep coming back to.

Here are three things we tried to get the most out of this insightful bunch during our kid-centered research:

1. Co-designing with lots of activities that acknowledge a range of learning abilities

To keep kids engaged in the conversation we over prepared for our sessions with lots of short and sweet time-boxed activities. It helped keep the pace high and focussed us on being flexible rather than precious. Some activities were more suited for different ages, therefore it didn’t matter if some worked and some didn’t. 6–9 is still quite a big bracket in terms of attention spans and learning levels.

For example to gain insight into kids device usage and their access over time we did ‘a day in the life’ exercise. But instead of being confronted with a scarily blank piece of paper — we printed out stickers with devices, example activities and apps on them that the kids could use to get started. This levelled the playing field when participants spanned different ages without them having to rely on writing everything down. Setting a time limit to the exercise made it feel a little like homework, with the kids often completing it in focussed silence.

Keeping things visual helped our time together not just feel like loads of boring chatting. Co-designing with partly pre-filled designs and cut-out interface elements allowed them to express how they would make something better, building on each others ideas to add extra features or remove things they didn’t like. But for us it wasn’t about rich artefacts at the end, it was the process of doing the activity. It meant we could anchor the conversation around a theme, acting more as a facilitator to keep digging a little deeper into what they found compelling.

We are often guilty for too easily defaulting to inviting people into our studio when doing user research for ease of organisation and scheduling. But put yourself into their shoes — this is a daunting experience, in a weird environment. Meeting strangers for the first time doing god knows what — no wonder these sessions can sometimes feel like a test.

In-home research
For us, going out to meet the kids and going into their homes gave us so much more to learn from in a space they were comfortable in. We gained insight and understanding about their own context, nuances around their device access and dynamics of family life. All incredibly useful stimulus in the early stages of assessing propositions. A downside is they know where all of the distractions are, which at times meant they weren’t taking the sessions ‘seriously’ enough. You are on their turf. It can take time to build rapport and gain their trust. Give yourself permission to take control if things are moving off track. Our participants were of school age and are used to being led. Although as much as possible we tried to treat them like adults.

Research lab based
For this project we ended up doing a little bit of both — also running sessions in a usability lab. Now the shoe was on the other foot — this was a weird environment for myself and others from Made by Many. We usually run much more informal sessions in our studio. However the upside to this meant we could thoroughly get the client team engaged in the user research. We put them to work note taking and coached them on best practise capturing and reflecting back findings at the end of each interview. For the kids it felt more official and meant for us as facilitators we could take a little bit more of a teacher-like role, with the permission to authoritatively keep the conversations on track.

3. Digging deeper to get to actionable insights

Sometimes there isn’t a deeper underlying reason as to the why with kids. “It’s just fun” can sometimes be all you get.

Whereas with adults we ask why to get to the bottom of motivations or triggers that caused a behaviour, kids express themselves much more indirectly than adults. Therefore we had to interpret much more of the why in the things they were saying. Paying more attention when observing their behaviour and body language helped us in our interpretation of their feelings around a subject. This was especially useful when in some situations we felt they were anticipating what we wanted to hear, rather than expressing what they really felt.

We tested in pairs, even trying triads (not recommended as 3’s became a little unwieldy at times). The pair dynamic meant the conversation could be bounced between the two participants and encouraged more self initiated reflection.

In addition to research with kids, we separately spoke to parents too — as they often play the gatekeeper in a child’s access to devices. Although they might not be fully aware of what their kids get up to on a device, they will be able to add more colour and help you understand if they are telling fibs. It’s always good to understand both sides in this relationship and identify the needs of both parents and their children to create propositions that really do work.

Keep these three things in mind when designing your kid-centered research:

1. Keep the pace high with lots of short and sweet activities. Use visual prompts that capture attention but embrace that not all participants will be at the same learning level.

2. The environment you run your research session in can influence their behaviour. Be mindful of distractions but don’t be afraid to take more of a teacher-like role at times.

3. Kids can sometimes pander to what’s expected of them. Testing in pairs, paying particular attention to body language and tone of voice will help to keep your interpretations truthful. Running separate sessions with parents means you get both sides of the story and uncover their needs too.

Although you might not be too flattered to be compared to Ant like I was, be prepared to be continually surprised when running user research with kids. We certainly did — learning a shed load and having lots of fun whilst doing it.

At the opposite end of the age spectrum, read Alex’s working principles in designing for an older audience.

Through the use of visual and interaction design, I continually balance customer needs with business requirements. I believe in user-centred design, rapidly testing assumptions early and often to help bring new digital products to market.

Principles for encouraging customers to buy more than an exhibition ticket 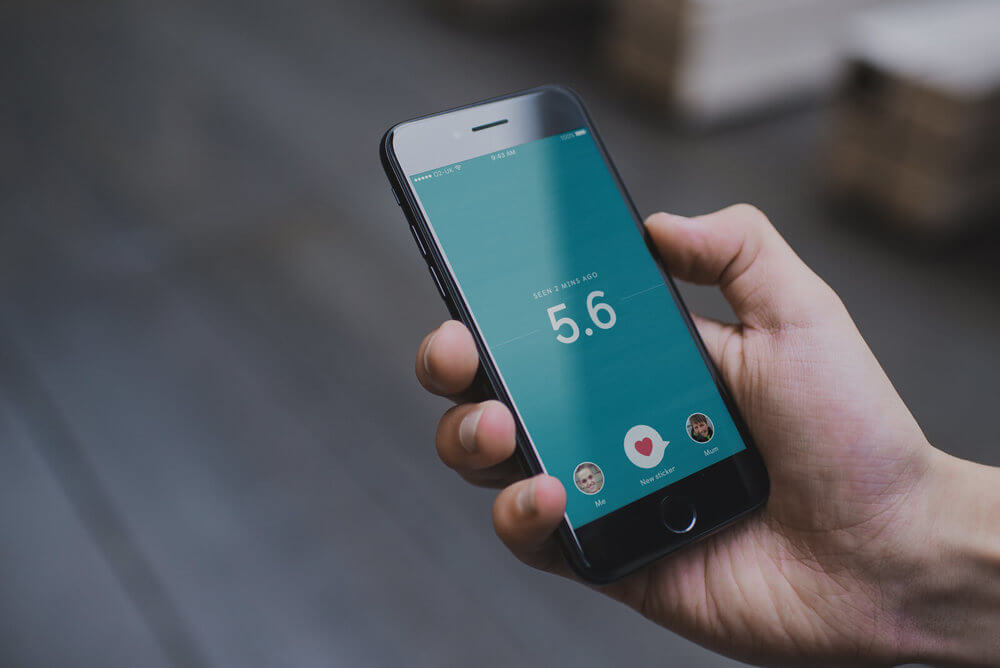 Announcing Bloop: a free iPhone app for people with diabetes

Bloop is a new, more positive way of maintaining healthy control of diabetes. 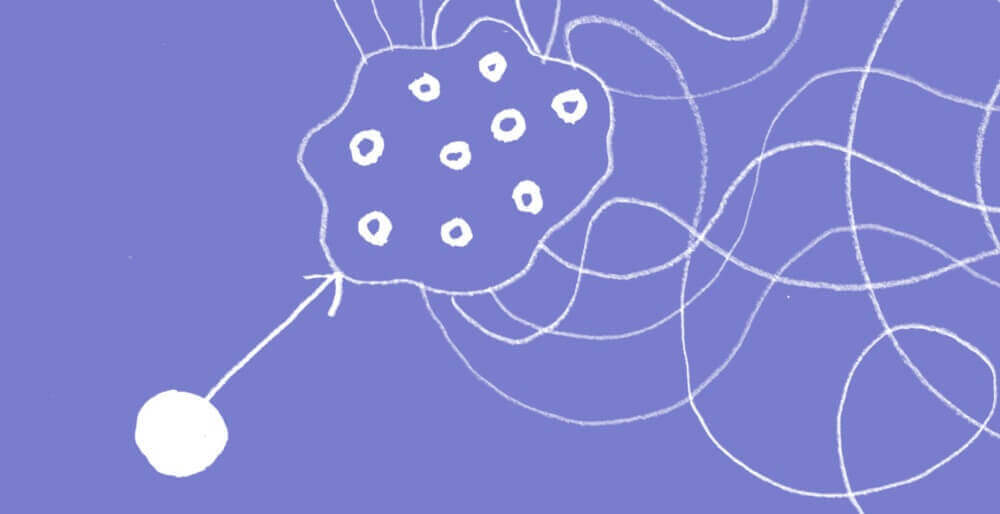 The second volume of our report on innovation labs presents a broader collection of contemporary best-practice knowledge, gathered from our discussions wi...