With the start of the coming school year kids in the UK from age 5 and up will have coding as a standard part of the curriculum. For the tech industry this is an exciting development promising a continued influx of young people into tech related courses in higher education and the job market. I have a more personal reason why coding in the curriculum is massively exciting to me. I believe that by opening up coding to everyone it creates the potential for a future where female programmers like myself are common instead of rare anomalies.

I hardly knew what programming was when I chose to study computer science, I just knew that the internet was the best thing that had ever happened and that I liked maths. The kids of the future will know about programming because they will have done it their whole lives. With jobs in software development promising to be abundant, mothers and fathers will convince their daughters to pursue a career in coding. Instead of being 'the girl' in their class, women in computer science will instead be surrounded by other women. Democratising coding has a real potential to restore the gender balance in the tech industry.

Unfortunately education is not the whole story. If the tech industry cannot welcome a larger variety of people the future female computer-science graduates will turn away to other industries that also value their problem solving skills. How can we keep women who code actually coding? The current culture around tech seems to be problematic in terms of its capability of achieving this.

Many people in the tech industry will tell you it is an unbiased meritocracy. What they mean by that is that, in theory at least, the voice of whoever knows the most about a subject is the one that is heard – regardless of whether you fit the culture or not. While this statement is debatable the truth behind that statement is that coders value expertise. And while expertise is a good thing in a workfield where there is always so much to learn, there is a potential for expertise to become like blinders. And blinders are proving to be very unhelpful in an industry that is learning increasingly that all members of a team need to communicate throughout a project, must understand each other's work and must feel ownership of the whole product in order for the project to succeed. The developers at Made by Many are multi-skilled and widely interested, but we too still have room for improvement and will often speak of needing to involve developers at each stage of a project.

I realise this is a bit of a cliché, but the female coders I know are often either turning away from the tech industry or setting up side projects and alternative initiatives. One of the reasons for this may be to escape the current monoculture, but I think it may also be a reaction to the nature of the work they do. I believe they leave in order to feel more engaged with coding. The contexts around coding do not satisfy and I think that the emphasis on specialisation may be complicit in this. I myself have always been motivated by the end product and the overall process of creating a good product – not just the process of coding. And I love coding, just not for its own sake. I think that allowing for more engagement across the process and project team has the potential of creating environments that are more welcoming to women who code. And honestly - it would probably make the tech industry more attractive to a larger variety of people in general. The truth is we need both specialists and generalists in the tech industry. And the best developers are perhaps the ones that are both.

Behind the scenes: how we helped Contagious nearly double YOY sales

Last year we worked with Contagious Communications to re-imagine and re-design their online business – a project that culminated in the launch of their co... 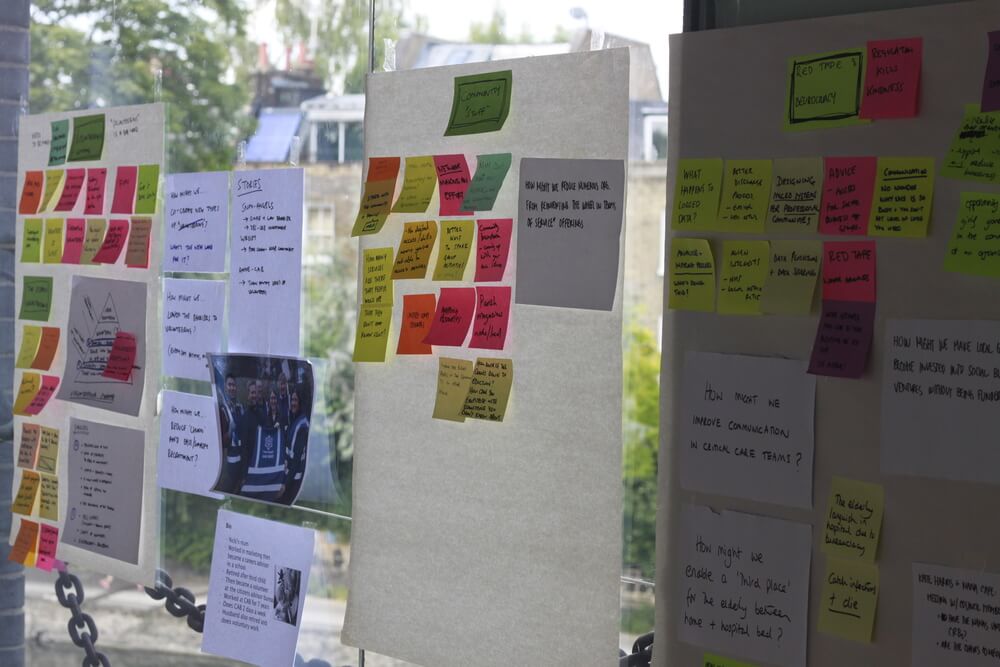 In-depth interviews are one of many qualitative tools we use to gain insight into a problem or opportunity, through understanding people's behaviours, exp...

Check out all the cool things that are on our radar this week without having to hack our inboxes. This week we're discussing what it means to be a respons...