Last week I gave a talk about designing connected products, lean hardware, and the future of a discipline that bridges the physical/digital divide. This is that talk, in a blog post. Enjoy.

As a term, ‘connected products’ is pretty loose, so let’s narrow the definition a little; I’ll be talking about purpose-specific physical products that exist as part of a digital service ecosystem. Fully featured devices such as phones, tablets, and to some extent, Google Glass sit slightly outside of this, but many of the principles discussed will be relevant. 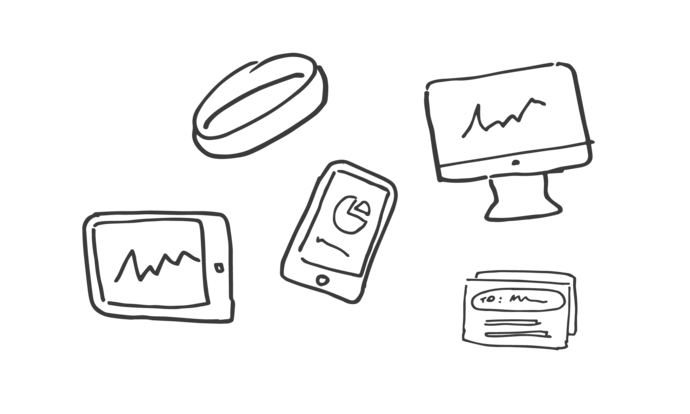 Connected device projects are exciting, in part because there’s loads of ‘things’ to get excited about from the offset. Apps, web portals, physical devices. Most people in design agencies and companies like making stuff so the biggest temptation is just to go off and design all the things. 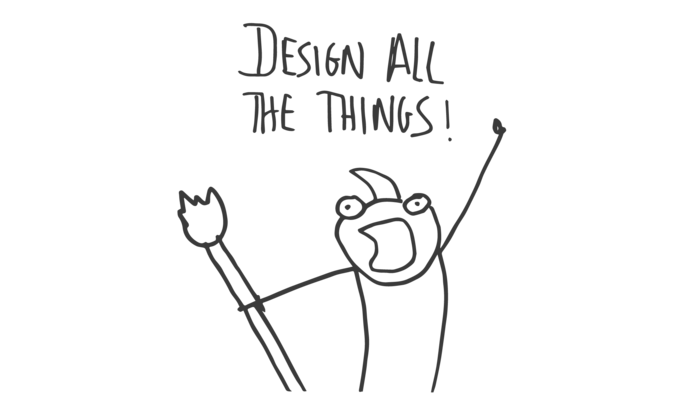 I’ve seen this happen a number of times and its the first big mistake. Designing such a broad range of outputs inevitably leads to work being chunked up and sent out to separate groups of smart people with good intentions (even within a single organisation). A few months down the line these elements have become disparate and a big effort is needed to pull them back together to form some sort of coherent experience. It’s often too late. 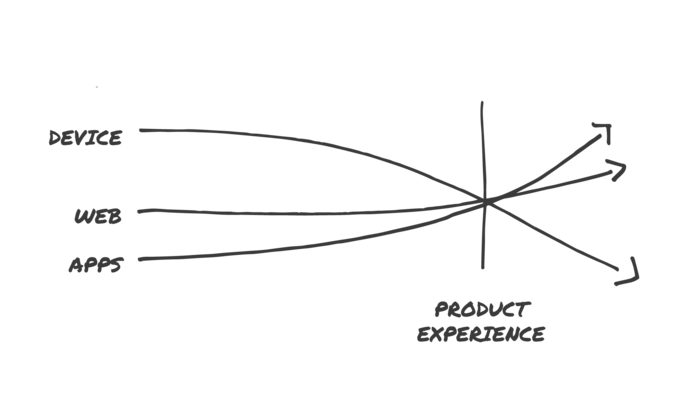 What’s more, when it comes to creating a smooth connected experience, focusing on the ‘things’ from the start can actually be somewhat of a decoy. Spend some time with any service or product that relies on data jumping from place to place and you’ll quickly realise it’s in the ‘gaps’ between things that design really matters. Problem is, gaps are easy to overlook, incredibly tough to design for and much less sexy than the ‘things’. 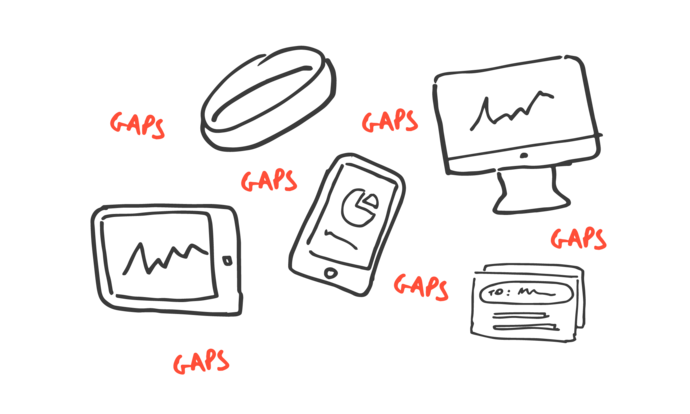 The third and most dangerous problem is even more fundamental. Although it seems crazy, all these exciting possibilities around physical devices and data often blind people to the most important question; “are we building the right thing?”.

This obviously matters a lot, because spending money and time building the wrong thing can be a catastrophic waste. And in this context, where a single proposition needs to tie together a suite of potentially disparate elements, it’s even more important. So, how do we approach a connected device project in a more healthy way?

Ignore all the possible design outputs for a minute. Lets start from the beginning. A connected product is a physical device, with a digital service at it’s heart. So, to begin with, this is an exercise in service/experience design, nothing more, nothing less. 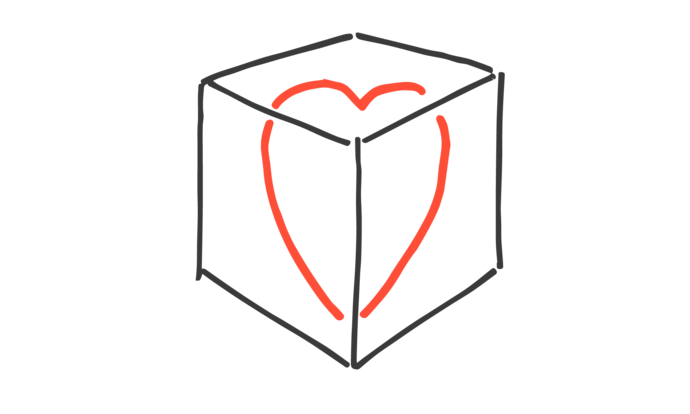 Start agnostic of any design outputs. Sure, we’ve got an expanded palette that includes physical devices but we first need to ask what value we’re looking to offer to the user, without getting bogged down by any preconceived notions of what we need to build.

At Made By Many, we use lean methodology to reach this value proposition as quickly and with as little waste as possible. We sketch, prototype fast, test assumptions, learn from users, and repeat until we’ve got an evidence based proposition that we’re confident will deliver value to the user. We can do the same for a connected product experience.

It’s only once we’re someway down this road that we should even think about specifying design outputs and ‘things’. 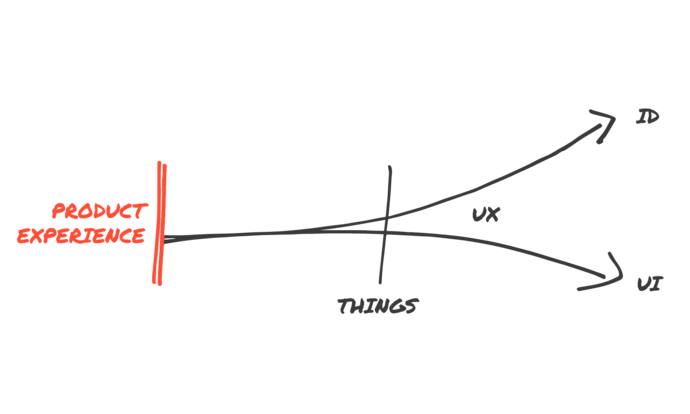 Much is written on the interwebs about ‘lean hardware’, mostly in relation to using vapourware on Kickstarter as a form of customer validation, which often ends in tears. I think there are two key things we can pull from the lean approach:

Lo-fi, cardboard, hacked products, Arduino, cheap sensors, Processing, Raspberry Pi, 3D printing. The barrier to physical prototyping is now so low that ‘sketching in electronics’ is considered an actual thing. So, do it. Find someone who can sketch and model 3D form. Forget disciplinary barriers for a moment; they mean nothing to the end user. What matters is quickly and effectively prototyping experience. (Even the Glass team did this)

Connected devices are not new, but in the past, most of the functionality had to be crammed into the device itself. Without phones, tablets and ubiquitous connectivity as an intermediary, they had to be largely self-sufficient. This led to bloated, feature rich devices with firmware that rarely changed after launch; the antithesis of a MVP. 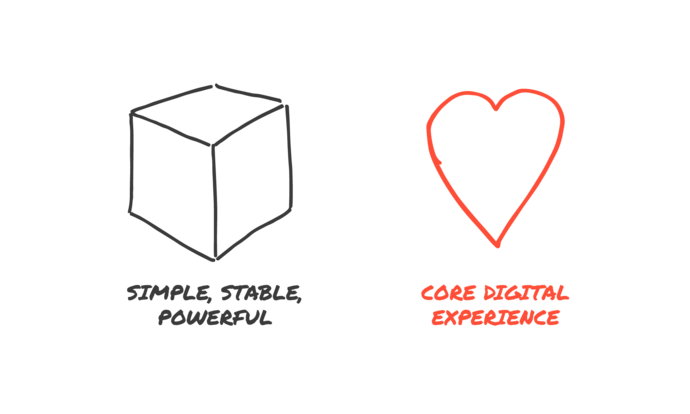 Luckily, things are now different. Putting the ‘smarts’ on the web or in apps means we can take the brain out of the connected device and make something that is ruthlessly simple, stable and cheap. A minimal viable object, with just enough technology to be powerful, no more.

The benefit of this approach is the freedom it gives us to build a core digital experience for launch that we can iterate, develop and even pivot on if we need. The Fuel band is a great example of this and it’ll be fascinating to how Nike develop the digital experience around a hardware element that remains fixed.

Delivering this talk at Made By Many was intended as somewhat of a call to arms. I’ve spent the last 6 years between the industrial design world and the digital industry, and experienced many attitudes and approaches to this space from either side. What’s clear is that success will rely on true collaboration between the two industries.

But as the hardware and sensor tech that make up these devices becomes increasingly commoditised, mining data is the easy bit. The real challenge is translating this data into something that has meaning, emotion, and value to the user. And it’s the toolkit of the interaction designer that holds the key to that. 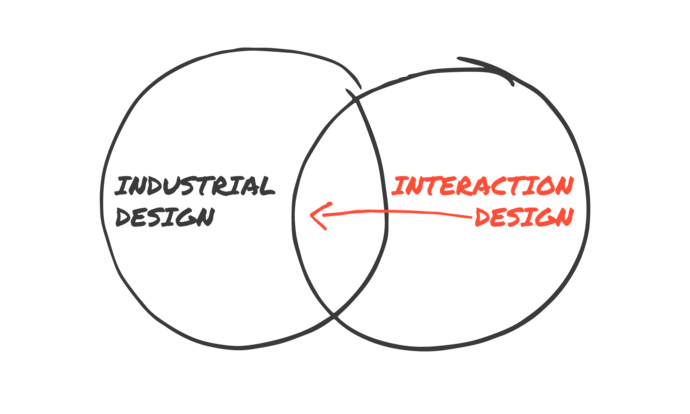 In many ways, it was the Industrial Design approach that taught the digital industry how to use research and insight to design for the user. It’s now time for interaction design to bring the physical world into the age of digital experience. The future of both industries depends on it.