Most of us who have a background in the ‘people’ part of an organisation will probably agree that we’ve been getting feedback wrong for quite some time. It’s something I’ve been obsessed with for as long as I’ve worked in adult learning: what is the right way to offer subjective opinions between peers? One of the reasons I joined Made by Many was because I felt I’d found an organisation where I could explore alternative ways of working, with the ambition of ‘solving’ this organisational puzzle. So let me share with you the progress we have made.

Esso were one of the first recorded users of multi-source feedback (that’s 360° feedback to you and me) back in the 1950s, where it was implemented in paper form, to gather insight on employees from a broad spectrum of people. And had it continued to live its life in paper form, it’s unlikely it would have survived — it was just too time consuming, with human error often undermining the results. However, with the rise of technology and the evolution of tools, the capture and aggregation of 360° feedback information became easier to manage, ultimately becoming safer to include in organisational appraisals. These days, 360° feedback — where someone’s subjective view of someone else’s output is used to form a broader view of whether they are good at their job — has become commonplace in appraisals.

I think about feedback a lot. Definitely more than I should and often at the wrong time. I was unsurprised, therefore, to find myself at my son’s first secondary school parents’ evening, ruminating on the subject between teacher slots. I don’t know if you can remember the parents’ evenings you attended with your folks, but I remember mine like they were yesterday — being ignored while my teacher and my parents talked over my head, exchanging views about my schoolwork and concluding the inevitable “must try harder”. I expected more of the same for my son and had geared myself up for some well-intended performance bashing. But I was over-prepared; because the first thing that Mr Gibson, my son’s English teacher, said as we sat down was: “So Finn, how do you think you’re getting on in my class?”

As I sat there, being ignored by yet another teacher, it hit me like a thunderbolt — the realisation that, when it comes to appraisals, we are often asking the wrong people to have the wrong view of each other. Mr Gibson didn’t care what I thought about my son’s performance. Neither did he spend much time expanding on what he thought. Mr Gibson was only really interested in what my son thought. He encouraged Finn to express his views on where his performance was strong and where it needed more focus. Finn took ownership of his performance and set his own course to improve it, right there in front of my eyes.

Does your current appraisal process really prioritise this kind of self review, where people are inspired to take ownership of their productivity and authorship of their professional development? Or does your process demand that people ‘tell’ each other where they are going wrong so that they can ‘get better’ (i.e. ‘fix’ each other)? If your process prioritises the view of others over the view of the self, it is missing the chance to leverage personal ownership and drive performance improvement.

It is important to be clear on the difference between ‘peer feedback’ and ‘performance review’. One of the single biggest flaws inherent in 360° feedback is that it often blurs the lines between performance review (your performance, measured against goals and objectives) and peer feedback (an opinion; someone’s view of what it is like to work with you). All too often, peers are being asked to offer competency-based views of each other; or we find that, when peers are asked to offer broader, more anecdotal opinions, they tend to focus on competency because offering views on ‘doing’ feels a bit safer than offering views on ‘being’. So appraisal processes are being informed by flawed peer feedback.

Why does that matter? Surely all insight is valuable, right? Well maybe not, as it turns out. What if feedback isn’t valuable at all?

When we are being offered information that we are not comfortable with, something very primitive happens in our brain: we get stressed. This stress might manifest itself subtly (dropping of eye contact, colouring of the cheeks) or it might be very obvious (watering eyes, frowning, raised voices). When we receive information which we find hard to hear, we activate our parasympathetic nervous system — the one which regulates our fight-or-flight mechanisms — and we go into survival mode. So not only are we not listening to or assimilating the information, but we are processing our circumstances at lightning speed to decide how best to put distance between ourselves and what we perceive to be the threat (the information we’re receiving). The brain floods the body with the hormones needed to regulate the parasympathetic nervous system (cortisone and adrenaline — hence the physical responses) and before you know it, we are in a state of profound stress. How can this be good for us, mentally or physically? Surely nothing justifies putting people in such a tailspin.

So what is it about peer feedback that can do this to us? Is it the implication that, by not being good at ‘handling feedback’ we’re lesser comrades? Do we get aggravated that it sometimes feels so unfair, that someone who doesn’t know what it’s like to walk a mile in our shoes is given so much license to tell us how to do so? Or is it quite simply the fact that ALL peer feedback has, at its heart, the ‘shit sandwich’ — the ultimate professional backhand — where the good gets drowned out by the incessant whirring of the ‘but’? For me, its all these things and it feels so unnecessary.

Feedback should be used to inspire professional growth by validating people. It should not be used to ‘course correct’ — that’s what ‘performance review’ is there to do. We know from the work done by behavioural psychologists that the brain craves positive feedback because it is a reward-seeking organ. And what the brain gets rewarded for, it seeks again (remember that age-old mothering adage, “what gets rewarded, gets repeated”?). Although the popularity of the platform is on the wane, Facebook ‘likes’ (if we agree that they are a positive peer feedback mechanism) trigger the same kind of hormonal release as being hugged. So, when we know that the brain is genuinely nourished by positive feedback, why do we create HR systems that make it impossible to give?

Much of the work I’ve done in the last six months at MxM has been about using what is now known about feedback to create a feedback platform that doesn’t stress people out.

We’ve just launched our new appraisal process and alongside self-review, peer feedback plays a starring role, because peers are asked to reflect in an entirely positive way about the impact they have on each other. It’s not about ‘how you do your job’ but ‘what it’s like to work with and learn from you.’

We use peer feedback to help people understand exactly what it is that they do, either consciously or unconsciously, that brings so much benefit to those they work with, so that they can hone and refine these behaviours. A groundbreaking insight in our feedback is helping people realise these things because they hold such high value for others. These unacknowledged strengths go unrecognised in other appraisal processes — but in ours, the answer to the question “you might not realise it, but you’re really good at…” is incredibly valuable because it becomes the epicentre of genuine, organic professional development. If someone highlights something about you that they value but which you didn’t realise or value in yourself, there is a strong chance you will develop that innate skill or characteristic even more.

Getting feedback right is in everyone’s interests. Organisations which encourage peers to have muddled views of each other suffer the cultural consequences that go with it. We are already seeing the guarded and distrustful behaviours that accompany 360° feedback appraisals melt away, being replaced with genuine mindfulness and appreciation of each other’s strengths and impacts.

Don’t wait too long to review and improve how your workforce ‘feed back’ to each other. In an era where workplace mental wellbeing and employee satisfaction are so crucially important, positive peer feedback is the tonic we all need!

Thanks for your interest in our report. We’ve sent you an email with a download link. 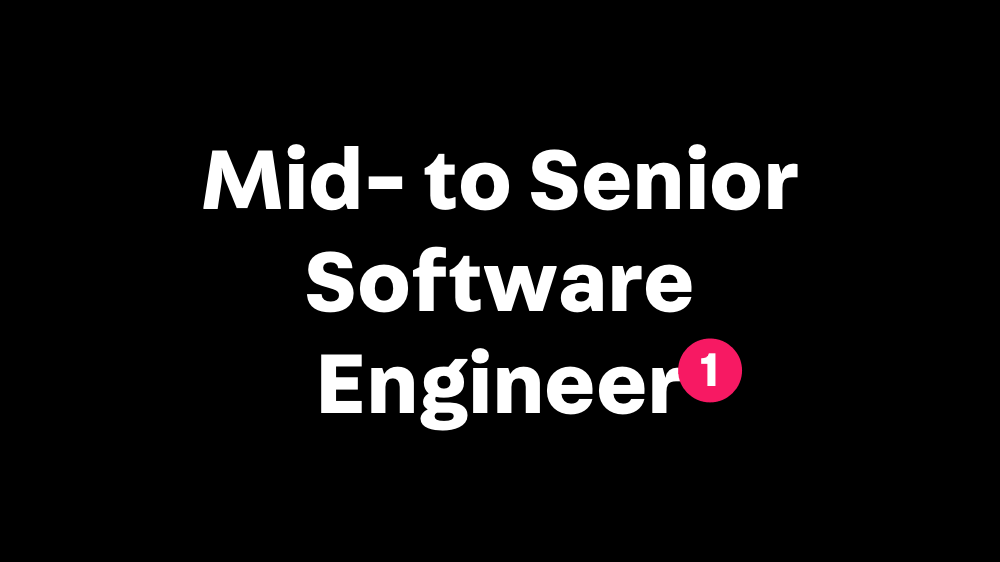 We're looking for a Software Engineer to join our growing team. 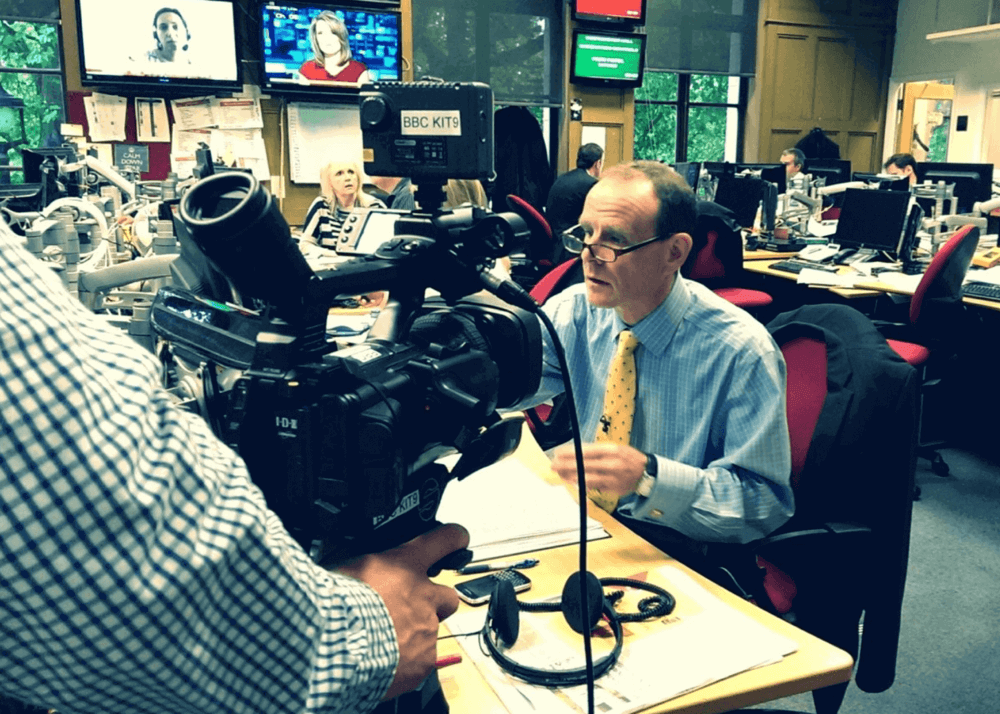 New tools can break down cultural barriers to change 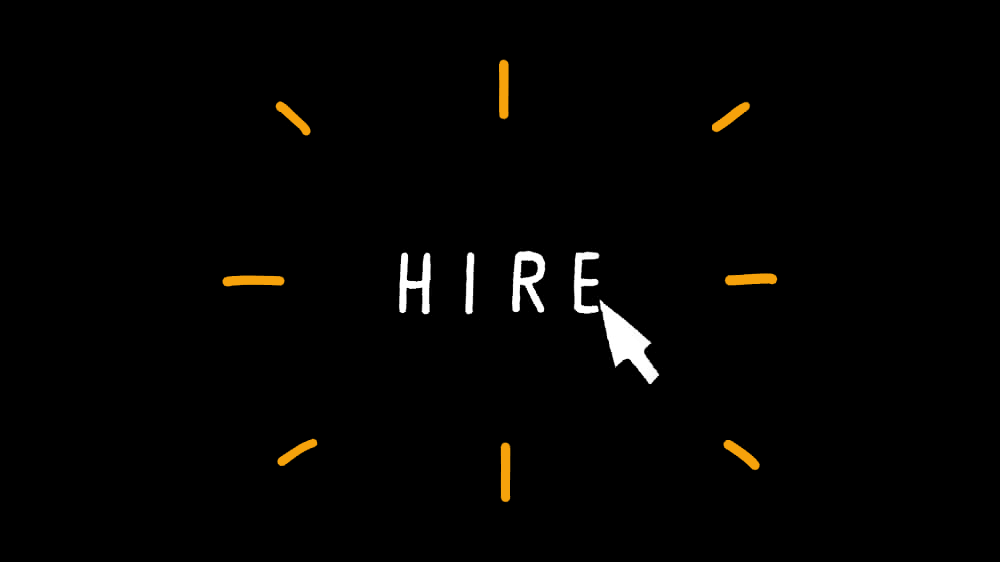 Made by Many are going through a phase of growth and the number of projects we have meant that continuing as the lone QA was no longer an option. Because ...