How we balance people, business and power in our work as product designers

Pure design is empathic: it constantly considers its users, and their actions, thoughts and feelings. Pure consulting, on the other hand, is efficient: it maintains a relentless focus on value, strips out redundancies and focuses on the bottom line. Design looks to users, while consulting looks to clients. That’s no simple tension to negotiate if you happen to be a designer in the consulting business, as I am here at Made by Many. So how do we resolve those tensions and do good work?

It’s a question that was on my mind after visiting IXDA’s Interaction17 conference in New York not so long ago, where two presentations in particular highlighted the dynamic between empathy and efficiency in the field of interaction design.

In a talk entitled “Design And Power” Chelsea Mauldin of the New York design non-profit Public Policy Lab put it succinctly that “users don't have power in the design context. We want to serve the people, but we have to answer to the man. The client often has more power than the users, they have sign off.” So, she added, “How can designers address inequalities of power when power dynamics aren’t in the brief?”.

In his “Critique of Human Centred Design”, meanwhile, the strategist and author Thomas Wendt pulled no punches by pointing out that “human needs don’t equal market needs” which despite being true probably isn’t said often enough. By way of evidence he used the example of Kraft’s Mac & Cheese Amazon dash button, and asked, does anyone love Mac and Cheese this much? Is this genius design for convenience, or a consumer trap that locks you into a relationship that is preferential to the supplier?

Along with being important questions, these insights illustrate the character of the empathy-value tension above. As design consultants, how do we make stuff that’s good for people at the same time as doing so on behalf of a client who has their own interests?

Looking at all this from a design perspective, we already know a few things: principally that design itself has a growing value to businesses, both as a way to differentiate but also as a method of creating the best experiences. It’s one of the reasons that traditional business consultants (and tech firms) are increasingly rushing to embrace the discipline, with both design thinking and design as an extension of strategy: going from theory to execution through the act of making.

It gets more complicated when we recognise that to be successful, designers need to have empathy with the people they’re designing for: so what happens if empathy actively hinders your work? With their absolute focus on pleasing the CEO, traditional business consultants often want to include the spirit of the user but all too often are sucked into optimising a process or making efficiencies. In these cases, the consultant can’t do their job if they have too much empathy: when the focus is on efficiency, empathy can actively become a burden. After all, how can you go from recommending 4,000 people get made redundant one month to flicking an empathy switch the next day in order to understand customer needs? In this case not seeing things from the human perspective can actively help the business consultant. It probably saves them too.

This, by the way, is why it’s a fallacy to believe that empathy is the answer to everything and that it should take precedence in any business conversation. On the contrary, it can be a danger too, perhaps even a deception, taking us so deep into people’s emotions and feelings that the bigger picture is lost sight of. And here at Made by Many, at least, we can never forget that we’re a business and we survive from making products and service for clients, as my colleague Peter Parkes writes here.

There’s a deeper issue here, one that affects business, society and design and which was touched on by Mauldin and Wendt. As more and more people look to buy or interact with companies that exist for some purpose larger than solely making money, the role of the empathic designer becomes even more relevant.

If a business or brand prioritises purpose over making profit, then it’s the empathic designer who can bring more value that the traditional consultant. They are able to see both sides (empathy and efficiency, purpose and profit), and they can create better products and services that truly resonate with their target market. Stepping back and seeing the bigger picture allows us to design with a social conscience in the way a strict business consultant could never do.

A good example of this “big picture optic” comes with services that we (as in all of us) take for granted as being “free” such as Facebook or the free internet kiosks that are popping up on the streets of major cities around the world. Everyone likes free services, right? But if people were truly to see the data about themselves they’re invisibly giving away themselves they might think very differently.

Transport for London recently took a very different approach to this issues, and one that I think speaks to understanding their customers and not wanting to be heavy handed.

While gathering wifi data from customers moving around the tube network they made it very clear what they were collecting, and how it would be used. It’s easy to imagine how differently TFL could have taken the data, in a draconian, Big Brother-esque way. But they were remarkably empathetic and saw both sides.

As Gizmodo’s report says, “it revealed that customers are much more okay about sharing data when they feel that they are making an “informed decision”, and that many people are ‘apprehensive’ about mobile tracking, because it is so new. The sharing of location data in particular is ‘viewed differently’ to other private information too.

“It is clear that communicating the technology and raising awareness of its use will be critical in driving acceptance of TFL using it”, the research notes. Apparently once people understand the benefits, they are much more accepting of it.”

Compare that with Facebook’s rather opaque data collection practices…

The balance of powers

All of which is why the questions about power and responsibility highlighted at Interaction17 are increasingly important to our work as designers and consultants. Our work needs to be engaged and we can’t ignore these debates about power.

So between pure design and pure consultancy, thinking about users as well as clients, what’s the balance? It comes at a point where we as designers can use empathy in a way that traditional consultants can’t.

At Made by Many we describe ourselves as a new form of consultancy. Not only because of the way we collaborate with clients and customers but because we understand, appreciate and can make use of this “biting point” of empathy. We understand it’s not a switch to flip on and off when it suits, but who can find the right balance. We do this every day by:

This helps us to see the bigger picture whilst still seeing what’s right in front of us, and yet is so often ignored – to wonder who’s controlling our future and to believe that those that embrace the human dimension can make a difference. Both to businesses and their customers. 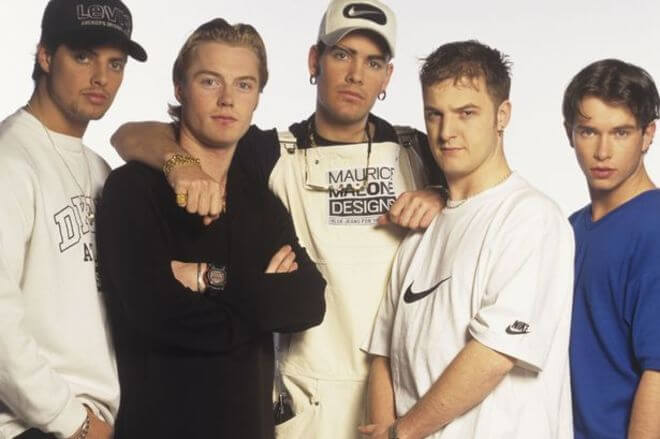 How we built passwordless authentication with Auth0 and Elixir/Phoenix

Quality customer research is the foundation to creating things people want to use — and potentially love to use. But it’s really easy to mess up this kind...