Another week, another Unbillable Hours. This week we've been debating Snake Proof Suits, having a Christmas party on a beach and lining up to sign our Christmas books. Read on for more.

The almost Nathan Barley-esque nature of London's first 'Cereal Cafe' has us all dumbfounded. Just look at those guys. Totally mexico.

We've also been marveling at 'What it takes to build a snake proof suit' which sparked some truly intriguing conversation in our Slack room. How were they going to get him out afterwards?

We've also been looking at the enormous amount of work that goes in behind the scenes of Google Maps, playing pong at the traffic lights in Germany, and reading all about Margaret Hamilton, who pioneered the software required for the guidance & landing of the Apollo missions.

This week our London office had their yearly trip to the beach to celebrate Christmas. It's a fantastic trip and something that makes Made by Many so special; we're hoping to do something of equal brilliance here in New York soon. You can read about some of the enormous amount of effort that goes into planning this trip and making it so special here.

It's also at this time of year that we produce our beautiful Christmas books for our clients and for ourselves. It's a great chance for our clients to see all the work that goes into each project and the characters behind it. The worst bit though, is signing all of those books by hand as Callum demonstrates here.

In New York, we're hoping to check out 'tears become… streams become…' at the Armory – it looks like a jaw dropping exhibition. We're also off to check out the Popup Flea today – Tom, Adam and I are excited about the prospect of buying some Albam goodies.

Avoiding SantaCon is our number one priority this Saturday. As Will put it so eloquently;

[SantaCon] is like a frat party threw up on Christmas

Fortunately The Gothamist has a handy guide for how to avoid it. Phew.

Podcasts are having a resurgence. And yes, we all know about Serial already and have been obsessing over it for weeks. We even have a #serial-podcast channel in chat and are anxiously awaiting the final installment; even if it doesn't provide us with closure. In the meantime, we might have been reading some predictions for how it will end.

In those days that aren't Thursdays, I've been obsessively listening to Dan Carlin's Hardcore History. It's a fantastically in-depth look at events in History, the episodes I've been enjoying most recently are the deep-dive into World War One entitled "Blueprint for Armageddon". If you have a spare 3 - 4 hours per episode, I'd definitely recommend it.

Some of the New York team took a trip out to a greasy diner to indulge in some 'Silver Dollar' Pancakes. They are a thing to behold.

Developer with a newly acquired fondness for Ruby and an ever present love for Javascript (most of the time).

Other interests include cycling, startups and food. And this isn't just the coffee patron talking, honest.

Developer constrained? Designer occupied? No worries! With Optimizely and a basic understanding of JavaScript (or just lots of Googling) any member of you... 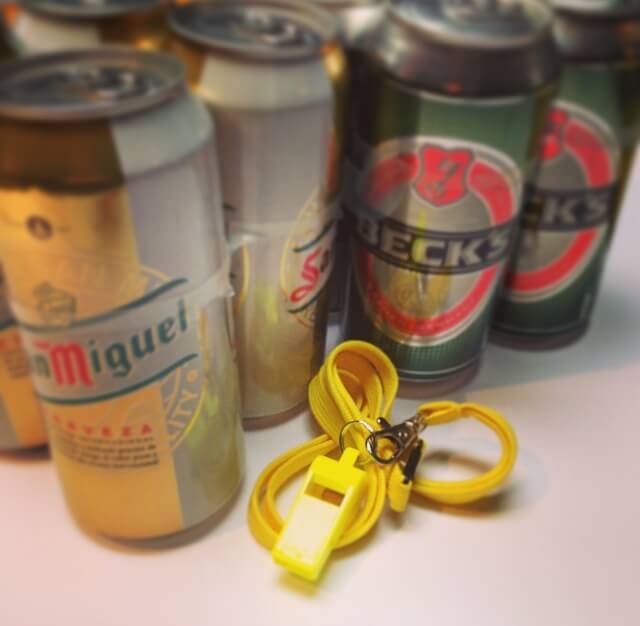 88 cans of lager, 4 bottles of Makers Mark, a dog & some fireworks.

All it takes for a successful Christmas Party is a whistle, sausage rolls, fireworks and booze. Plenty of booze. Oh! and a great destination, a bowl full ...

Made by Many are IxDA Awards Finalists!

After waiting two months since being shortlisted for the IxDA Awards, we got the word yesterday that our three projects shortlisted - Hackaball, School in...