Forget Scientology, Kabbalah or The Church of the Flying Spaghetti Monster, the growing Movement of Visual Notetakers is where it’s at. 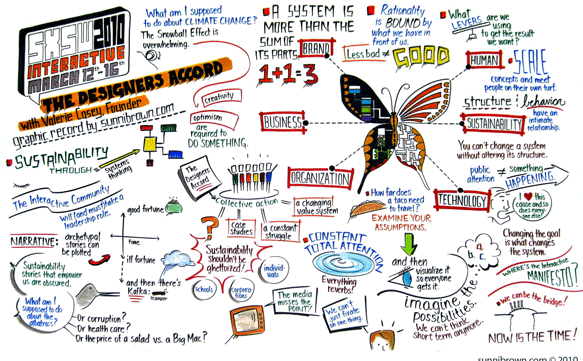 One of my big hopes pre-SXSW was that I’d learn some cool stuff, particularly about how to present thoughts and ideas visually. A good few of The Many are skilled draughtsmen who easily loop and whirl their way into the thoughts that spring up during brainstorms, workshops and meetings. I’m not one of them. My notes are always predictably outed as bullet-pointed lines; I’m a word person. 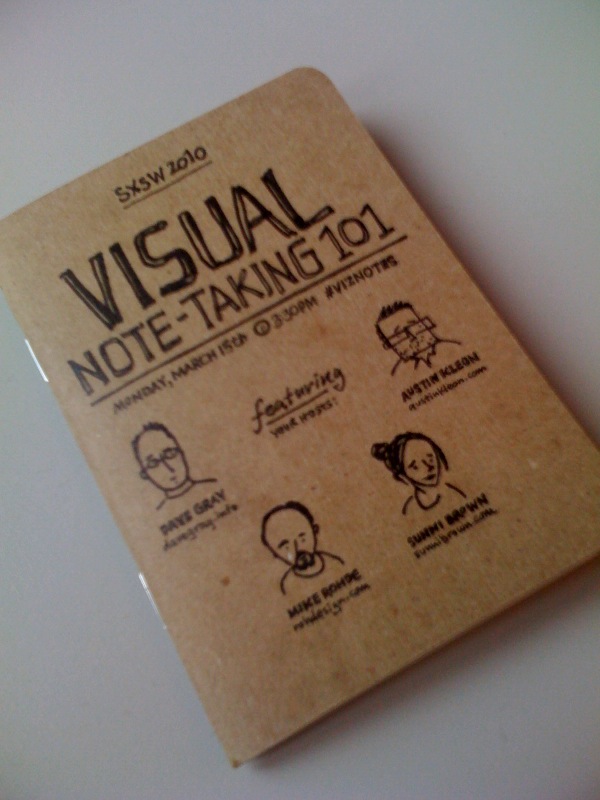 Thanks to Sunni Brown,  Austin Kleon, Dave Gray and Mike Rohde, I enjoyed one of the most entertaining and instructive sessions at SXSW, and got a lovely wee notebook to remember it by. I wasn’t quite prepared for how much enthusiasm and general religious fervour erupted in the room, but then I guess I was in the US of A and when folks there get enthusiastic, they get enTHUSiastic.

Sunni was particularly encouraging – she’s a self-declared non-artist who has taught herself how to take notes in a visually arresting way. Her main takeaway point was around content capture – she talked about using a short-term memory cache to keep the salient points from the conversation in mind and ensure that these get translated onto paper ahead of the fillers and rambling that go on in most meetings. Manage the hierarchy of information by ordering points as you see them and interpret as you go along.

She took us through how it’s really simple to use things like dividers (dotted lines, curvy lines) to separate big ideas; how you can get creative with bullet points so that they reflect the subject you’re noting e.g. red crosses for medical, $$ signs for monetary; and how you can use comic-book frames (the flashes you see around ‘Kerpow’ when Batman schlocks the Joker) to draw the eye to key points. 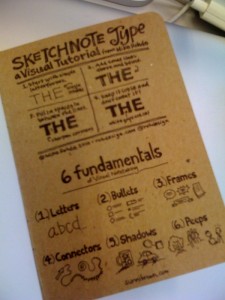 Mike showed us the basics of beefing up your typography with a few simple lines, whilst Dave taught us to draw people – always the hardest thing – in a few simple strokes. Draw the biggest thing first (i.e. the body), then the focus e.g. mobile phone, then fill in the rest.

Dave also talked about drawing mini platforms on the page to house individual ideas which can then be connected with arrows to show flows and interactions. He also suggested that laying down some key structures before the session starts can be a helpful way of making best use of your page. 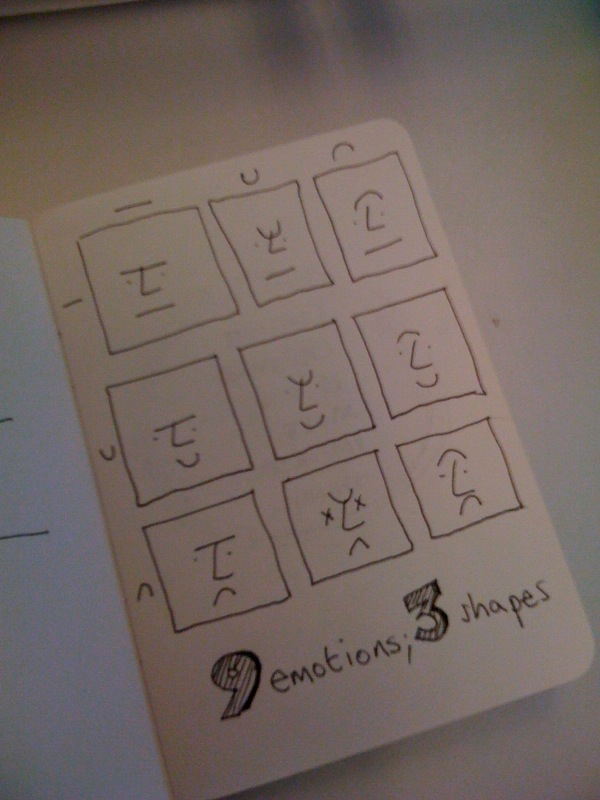 Austin (apt name for a SXSW panellist) quoted American childrens’ book illustrator Ed Emberley with: ‘Drawing is collage’; in other words, drawing is a collection of pieces that you assemble to create something good. He went on to prove this brilliantly by getting us all to draw a grid of nine squares and then create nine emotions using just three shapes.

As with all skills, being good at visual note-taking is as much about practice as imagination. I’ve got a lot more practising to do before I’m as skilled as the SXSW panellists (check out this fantastic Visual Thinking primer from Dave Gray on Flickr). 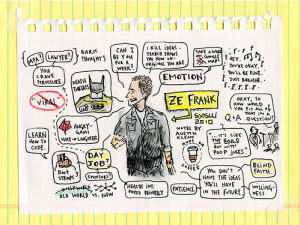 Fantastic sketch of the Ze Frank talk from SXSW 2010 by Austin Kleon (see more about his SXSW exploits on his cartoon blog).

Charlotte led Learning and Development at Made by Many. She is interested in Learning Organisations and the role they play in digital transformation, growing talent and happiness at work. She's responsible for delivering our Professional Development programme and learning initiatives.

With a digital career as old as Youtube, Charlotte has worked with clients from the media, entertainment, culture, sport, automotive, FMCG and charity sectors. Previously, she worked in book publishing and the business behind product design and repackaging.

In real life, she bears no resemblance to Charles II but she does have big hair.