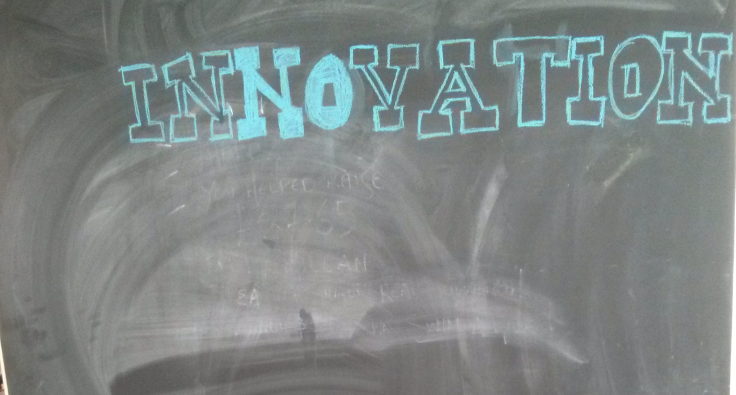 I've been meaning to write this since seeing Kerry Bodine talk at the SoDA Annual General Meeting in Las Vegas last month. Kerry is Forrester's Customer Experience analyst and joined us to present the findings of a report (Customer Experience Innovation Demystified) she recently co-authored about the current state of CX innovation. Her talk was quite funny - if only for highlighting the huge gulf between how companies talk about 'innovation', and their ambitions, and the sad reality that most companies trying to live this particular dream mostly experience.

According to Forrester, and based on the research they carried out with 100 companies, there seems to be profound and widespread confusion about what innovation is and isn't, and a very large proportion of it turns out to be a waste of time and money.

Sixty percent of companies in the survey said they wanted to differentiate themselves by innovating customer experience. Many of them have dedicated innovation budgets and personnel and two-thirds claim to have delivered 'innovative customer experiences' over the past 12 months.

However, most of these efforts remain incremental in impact, rather than being radical innovation: people seem to confuse the two. Companies often 'innovate' things customers don't even want. And it turns out that a massive amount of innovation is 'innovation for the sake of it', rather than delivering any actual customer value or delivering against a real business case. Hilariously, 'copycatting' is massive: around 60-70% of companies surveyed reported that their customer experience innovations were driven by watching what other companies are doing... It kind of beggar's belief. It's all a bit of a horror show.

Citibank's 'bank of the future' is the Apple Store today

There are no runaway winners: and it's getting worse rather than better

Despite, or perhaps because of over-excessive and self-aggrandising use of the word itself, it's not getting better. Forrester have been tracking success in CX since 2007 as part of the Social Technographics survey and *what it doesn't show is that companies are learning from their mistakes and getting better. *

Let's face it: the market is confused. Everyone wants to innovate, but only a minority has mastered customer experience basics. Worse still, our respondents pursue their innovations from a weak position: engaging in activities that scuttle dreams of differentiation, waste time and money and ironically, jeopardize the customer experience discipline

All this is important because customer experience is a key battleground, and these companies are right to want to differentiate themselves with better CX. As users we all know that. Customers have absurdly high expectations, and they're not getting any less absurd any time soon. It's terribly unfair - but the truth is they judge you by the best experiences they just had. Their tolerance is very low. And it's a war out there: competitive advantage is short-lived and don't expect any loyalty.

So, what can you do?

See value through 'The Eye of Customers'

It's been a while since we last wrote a blog post about Picle, in fact it's been over a year. The last post promised a re-worked version with group piclin...

Made by Many is a founding member of InterTech, a new professional network for LGBT+ people in the UK tech sector, and last week it held the first in a se...

We've launched Made by Many in New York

Big news: we launched Made by Many in New York this week. We’ve had clients and projects in ‘merica for a while, and this gave us the final shove required...