We’ve been told the artificial intelligence (AI) revolution is right around the corner. But what if it isn’t? What if this is just another false dawn? After all, we’ve been set to harvest the rich bounty of AI before. But it wouldn’t be the first time our dreams of AI are dashed. The hype and fury of the Eighties ended in what has been poetically called the “AI winter”.

Technology turning out to be a false promise in general could mean that we — and our children, and their children — will have to get used to a world of diminishing prosperity.

The modern narrative argues that technological advances come in waves that drive economic growth which in turn increase our prosperity. Consider, for example, the washing machine. It frees up hours of hard manual work. This time can be spent doing other specialised work or for leisure — which, in turn, creates new markets and industries (never mind that even where washing was widely outsourced to commercial laundry services, automation brought it in-house, falling disproportionately on the shoulders of women who, to this day, after coming home from work, often put in a “second shift” in domestic duties.)

The economist Robert J. Gordon argues that we may be pinning our hopes on a series of technological waves that may never come. Looking at history, Gordon points out that the period of rapid growth and technological innovation may be the exception rather than the rule.

And contrary to popular belief, the world is not changing faster than ever before. In fact, it’s not even changing as fast as it was 100 years ago, Gordon says in Planet Money’s podcast. (Gordon also poses a thought experiment: if a person fell asleep in 1600 for 200 years and woke up in 1800, the world would look pretty similar. But if you took someone from 1870 and had them wake up 70 years later, in 1940, the world would look entirely different. Now skip forward from 1940 to 2010: apart from our obsession with little glass rectangles, the world would be fundamentally familiar.)

As software is eating the world, so automation is eradicating our jobs. But — unlike in the past — new ones aren’t being created to replace them. And, despite the advances of information technology, productivity growth has slowed down.

Yet as we know, and as Ray Kurzweil argues, technological progress is exponential. Once we have AI designing or supervising the learning of the next generation of AI, we will have a virtuous circle that will accelerate off the charts and into the Singularity.

Computer scientist and science fiction author Vernor Vinge offers three dissenting views of how the world might look without strong AI. In the novel A Deepness in the Sky, Vinge imagines a world in which “automation” — his shorthand for artificial intelligence and machine learning — ends up being a pipe dream, alongside faster-than-light travel and immortality. Our era (i.e. the early 21st century) is called the Age of Failed Dreams.

The Age of Failed Dreams is direct commentary on our techno-utopian expectations, the name referring to the idea that there are certain technological achievements which may seem plausible today, but will in fact forever stay beyond our grasp.

Vinge himself believes in a Singularity event; events beyond this are, however, “as unimaginable to us as opera is to a flatworm.”

This is why, for his talk at a seminar for the Long Now — with its 10,000 year horizon — Vinge had to come up with some alternative non-Singularity scenarios (the talk is 90 minutes long; the notes are available as well).

The tears of the world are a constant quantity. For each one who begins to weep somewhere else another stops. The same is true of the laugh. Let us not then speak ill of our generation, it is not any unhappier than its predecessors. Let us not speak well of it either. Let us not speak of it at all. It is true the population has increased.

So what do we need AI for anyways? (Hey, a flatworm can wonder, can’t ze?) Try googling “what can’t we do without AI”. The responses are about what AI can and can’t do currently.

Or to put it another way, what would someone living in 1870 have predicted as possible to do with electricity when it was easily and ubiquitously available? Or rather, what would they have seen as impossible without it? The quotidian technologies and tools of our time are so mundane to us that they’ve become virtually invisible. So what will we miss out on if strong AI doesn’t happen?

What does it matter if we can’t imagine what the world with AI looks like? Not being able to predict the future is hardly a new problem. But AI is taken as a given.

Some are worried that dabbling with super-AI could spell the extinction of the human race. Others are trying to figure out how society can work if robots do all the jobs. Denizens of the tech and startup culture bubbles are generally blithe, ecstatically trying to build the future as fast as possible, one hotdog app at a time.

Without AI we may be spared the robots. But another danger lies in assuming that a technology will magically deus ex machina in on a white horse to save us from all our ills.

Hoping to solve the problems of today with technology yet to be invented is like a gambler in the hole trying to get out by continuing to bet.

I’m as excited by the idea of colonising Mars as much as the next nerd. But not at the opportunity cost of not solving the problems facing us on Earth. That’s a bet too big.

Ilya was tech director at Made by Many and believes in the potential for technology to empower and liberate. He started his first company as a teenager and studied computer science at university (only to drop out to run a software agency). He has worked as a cruise ship cleaner, a journalist and a web developer. His most dubious claim to fame is that he founded the first Finnish weblog.

What we mean when we talk about ‘Product Feels’

‘Product Feels’ grab people by the heart and make them feel something every time they use a product. 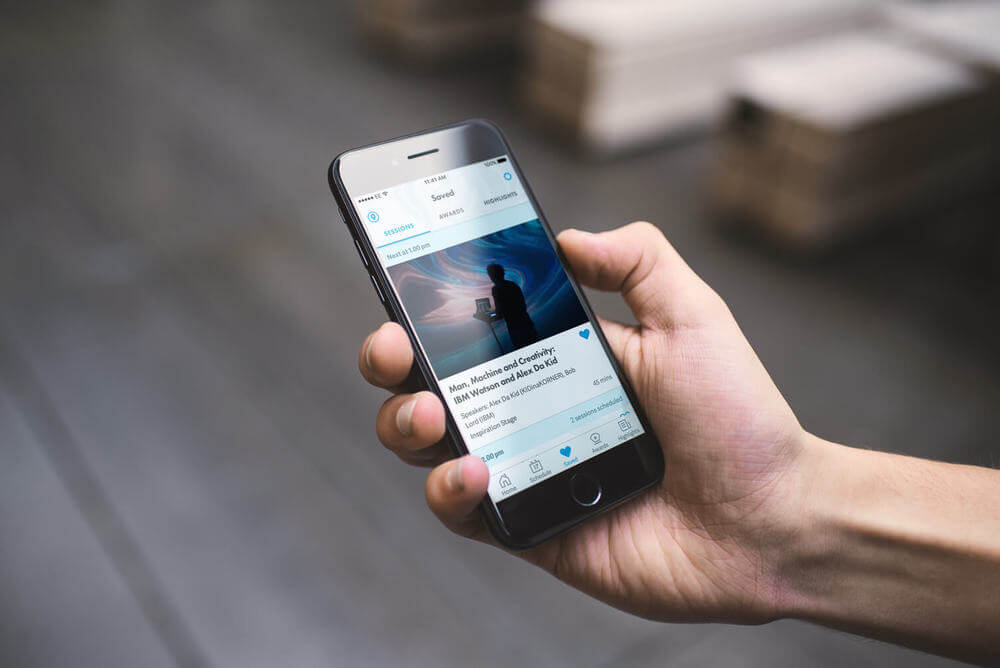 Launched: Made by Many creates new app for Cannes Lions Festival